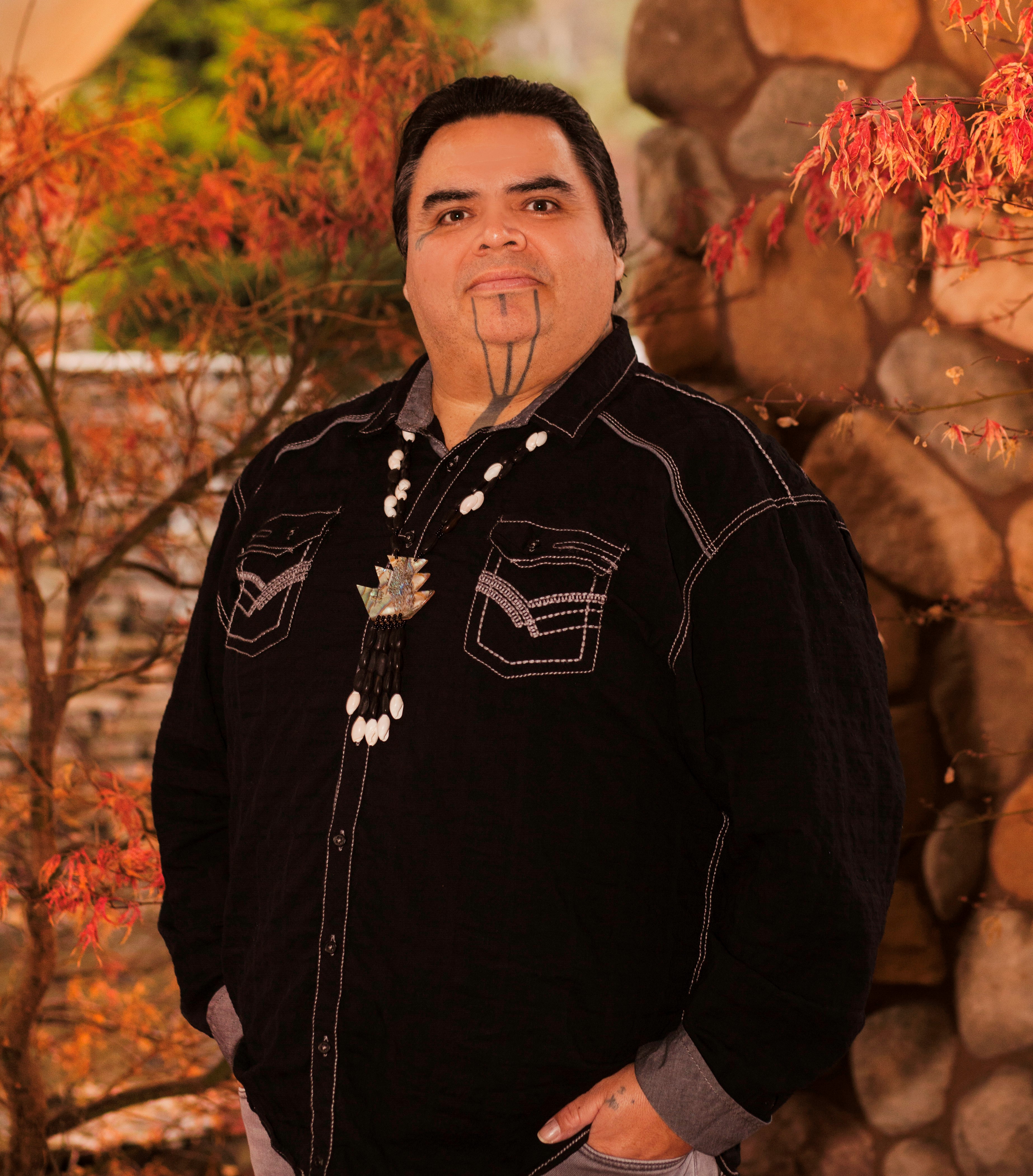 Jack has also served on the Shasta County Sheriffs Cultural Awareness Council for 21 years. Recently, he was elected to be to National Congress of American Indian as the Vice President of the Pacific Region. Jack began being involved at an early age in so many aspects of Indian country that he even sat under the tables during land claims meetings in the 70's listening to the elders.

Jack is the son of Jack Potter Sr., and Kathy Wilson, the grandson of Edith Geto Stevens and Lloyd Stevens, Stevie Wilson, Mildred and Willard Rhoades, Gordon Potter. Jack is Winnemem and Nor-el-muk Wintu on his father’s side and Kosoimunonu and Kanusu Mi-Wuk on his mother’s side with a little bit of Navajo and Pit River influence from both his grandpas Lloyd and Willard.

His greatest achievement to date is his 30 years marriage of to his wonderful, loving wife Myrna, along with their two children, one daughter Christine Ceja and their son Martin potter Sr., one granddaughter, 5 grandsons and 5 great granddaughters. Jack must think he isn't busy enough because two years ago he started raising his grandson Martin potter Jr., whom he is teaching his native language to while he travels to pow wows and other native gatherings. Martin was recently crowned for his second term as Stillwater Pow Wow Little Brave which makes his grandpa very proud

Please Click on the button to visit redding rancheria